I do admire farmers.

They are hard-working, self-sustaining, and take-pride-in-their-trade kind of people. I don’t ever want to be one, but I will shop at their markets! I first learned of farmers markets living in the grand city of Minneapolis. The whispers of freshness in the forms of produce and plants spoke poetically to this city gal who had very little time connecting to anything not store bought. I had to check to it out.

I was a little disappointed.

I didn’t see any farmers.

Oh they were there. I was greatly impressed with the amount of affordable market delights that brought life to the normally dead concrete slabs full of similarly deadpan business people. Here folks were smiling, eating well, and smelling flowers. But I didn’t notice any farmers. At least not any of the kind I was looking for.

Why was I looking for farmers? Because I am an avid people watcher, and I, being the city girl I am, wanted to gawk at the overalls and flannels that one would suspect farmers selling their wares in the market would wear. A piece of hay sticking out of their mouths would also add a nice touch. But everyone I saw looked average, normal. No overalls. No hey straw cigarettes. No gawking.

I wonder if the farmers were expecting to see some city girl with lots of tattoos, babies with no daddies, and gang affiliated attire. I have no tats (except the ones my children draw on me when I’m distracted), all my babies have the same daddy (and I know where he is) and I am not knowingly affiliated with any sect of any gang. I probably disappointed them, too, at first. Then I bought their stuff. A relationship bloomed instantly.

Even though my predetermined expectations were wrong, I still left the market with more than I came in to it.

Presently I have moved from the city and  live in more country than I ever thought I would, and I have learned that  even farmers bring markets to themselves (I live in a town with lots of farmers). At our local market, I was again struck with a sight I was not expecting. A nice man, 6’2″ with a good sized frame, was selling his wares…a table full of homemade knitted delights. At the table next to him was another “man’s man” selling…potted flowers. I had to double take at these gentlemen. Neither one looked like they should have been matched with their wares. Did this big guy really use those bear paws to knit? Was his friend really fascinated with purple poppies? (That’s all he was selling.) I expected little grannies and green thumbed homemakers doing that. Not these guys. Upon further detection I discovered that the goods they were pushing were in fact not theirs. The knits…his mother’s doing but she could not be there. He was the loving son stepping in. The flowers guy…selling plants as a fund raiser for a local school. I stood corrected. These men were not who they seemed but refreshingly different from what I had anticipated.

Isn’t it funny how life, if you let it, can surprise, even delight you when you take the time to connect?

Our worlds in a sense run like a farmer’s market. Everyone selling something or another. This one her blog. That one his book. The other one her recipe  his brand, his ideals, her business. I can’t help but bring my own prejudged thoughts and misgivings to each encounter. Sometimes I am pleasantly surprised. Other times extremely disappointed. But every time, at least I am connecting with someone or something that is helping me to make a better me by interacting with a never to be duplicated, given life on purpose you.

I continue to struggle with classic by the cover book judgement and uneducated expectations, but I’m learning. I’m learning to ask questions much like kids do. Two of my most engaging inquiries: Why? and How come? Greatness usually follows in some simple form like: “Because I don’t grow hay.” That’s the answer from one farmer about the hay cigarette. Ok, not really, but it could be.

Imagine how delightful these life markets would be if we stopped gawking at the farmers and kept our focus on the delights they have to share. We could end up with a lot of new and edifying relationships..and farm fresh goodness!

Enjoy your summer and I hope you are pleasantly delighted at the connections life brings!

You keep connecting and I’ll stay, 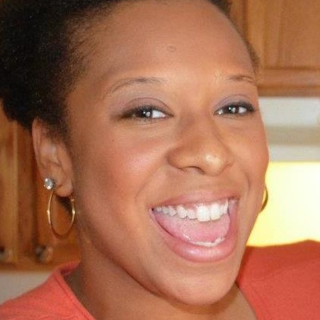 Call me a buffet style personality...A little of this and a bit of that topped off with chocolate...a LOT of chocolate! I am a wearer of many hats and often as sections life blend messily into each other, I find it necessary to remind myself there is a reason to find joy and meaning in this crazy mess. Life is full of purpose and my purpose connects with yours. So, I would like to connect to as many people of purpose as possible. I hope you're one of them! Let's see what we can make with each beautiful step of life.

Find a friend, grab a cup of coffee (or tea for you, Mom) and talk about...

What Hope is Springing up for you today?

Go ahead. Talk amongst yourselves.

Error: Twitter did not respond. Please wait a few minutes and refresh this page.

That’s a great thought! Thanks for sharing:

To stay fresh, Just Peachie ME {N} U posts blogs once a week!

Proclaiming the good news that no life is beyond repair

this is... The Neighborhood

the Story within the Story

Reframed: Picturing Faith with the Next Generation

Unveiled and Revealed
the incredible k

The freshest messes for your mom-selves and your mess-tastic babies!

thoughts from my life as a conservative, christian mom in today's liberal world

A Life Worth Living

A celebration of linguistic creativity